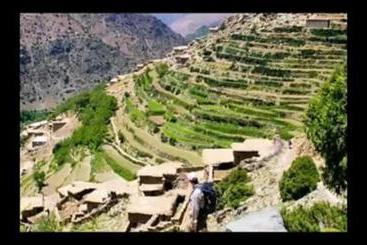 Dar Imoughlad is a holiday home in Marrakech, 30 mi from Palais de La Bahia. It has a garden, on-site dining, mountain views...

LOCATED 20 MINUTES FROM THE AIRPORT, RIAD NERJA HOTEL IS VERY EASY TO REACH IN THE MEDINA OF MARRAKECH, NEARBY BAB AOUDA...

Hotel Imperial Holiday 1 Spa 4* in central of Marrakech just 5 minutes by car takes you to the famous Koutoubia... 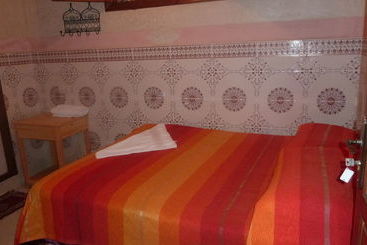 Featuring traditional architecture and décor, Hotel Aday is located in the Medina, in the heart of Marrakech. It offers...

Located in Marrakesh, within a 9-minute walk of Boucharouite Museum and 0.7 miles of The Orientalist Museum of Marrakech,... 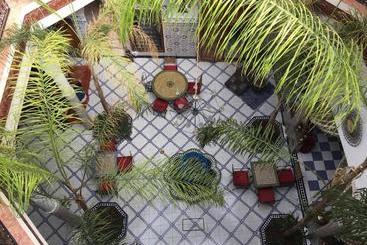 Situated in the heart of the old Medina, guests can enjoy easy access to places of interest such as the Bahia Palace (200...

Marrakech is one of the four imperial cities of Morocco and, together with the countrys capital, Casablanca, its most important city. Marrakech is a point of encounter, a crossroads and a place that everyone should visit. All curious travellers visiting Morocco will pass through Marrakech sooner or later, due to its vibrant life, charming culture, special peculiarities or the character of its people.

Marrakech, with more than one and a half million inhabitants, and also known as the red city, was founded by the Almoravides and its Muslim and Andalusi culture is present in every corner of the city. Its centre is classified as a world heritage site by the UNESCO and the imperial city is situated in an enviable location in the country. Its surroundings are marked by its Mediterranean climate, due to its situation between the Sahara and the Atlas Mountains, and this has made Marrakech a place of passage for traders, artists and nowadays, tourists.

The charms of the city include its important Medina, with its maze-like streets and bustling atmosphere. The colourful souq and the busy area of Djamaa el Fna square are the areas that are most visited and also the most attractive parts of the city. But this seductive city has many other interesting sites, and is also the starting point for excursions to Casablanca, Agadir, Essaouira, the Atlas Mountains or the desert. Other interesting visits to the city include the city walls, the Royal Palace, the Menar Garden, the Ben Youssef Coran School, the Mellah or Jewish quarter or the Saadi Tomb.
A city filled with sensations, where getting lost in its maze of bustling streets is a unique experience.
See more See less

It depends on the category of the hotel. If you want to stay at a 4-star hotel in Marrakech, the average price per night is €35, while you will pay an average of €23 for a 3-star hotel, and in a more luxurious 5-star hotel, you"ll pay around €69.

If you want an adult-only hotel in Marrakech, some of the best options for adults only are Riad Anayela, Riad Sable Chaud and Hotel Riad El Mezouar.

If you want to save time, the hotels in Marrakech with express check-in and check-out are Hotel La Sultana Marrakech, La Maison Arabe Hotel, Spa & Cooking Workshops and Hotel Riyad El Cadi.

Some of the options for hotels with non-smoking rooms in Marrakech are Hotel La Sultana Marrakech, Hotel Ksar Charbagh Small Luxury S and Riad Kniza.

There's only one more step left. Check your e-mail and complete the subscription to the newsletter